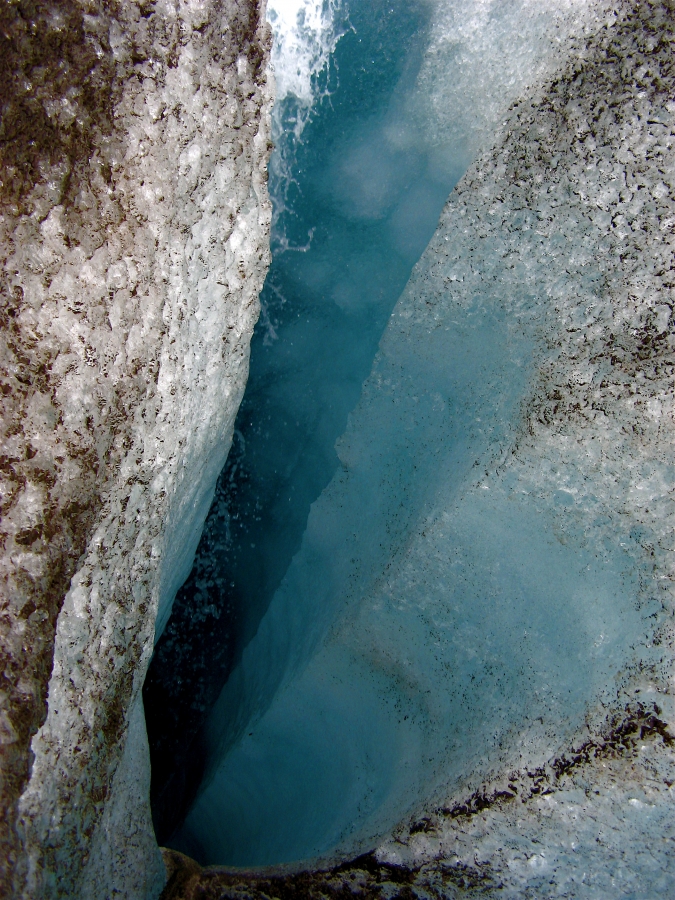 “I don’t get the point of that movie.”

I raised my eyebrows, “Okay,” and put on my teacher voice. “If you had to guess, what do you think the point was?”

Inside I was tired and already crying. I did not have the strength to take care of myself but I had to teach this boy. I couldn’t just tell him because he wouldn’t understand. I had to teach it.

I started working around the room, feigning just enough disinterest to not scare him off. “Well, for starters, it’s an underdog story. Do you know what that is?”

“Is that a story about a competition?”

“No, not really, though it can be. An underdog story is about someone who you don’t think will do well but they work hard and you really want them to do well.”

“Oh, every movie is like that. That makes it boring.”

We had been separated 8 months and the pain was still very hard, especially on certain days. This was the first time my kids and I had come up to the cabin after their dad had taken things. There was no dining room table. The central part of the whole place– home to big meals, game nights with the neighbors, and puzzles– was gone. It was a big void and a glaring signal that our lives will never be the same again. Plus, on the way up the alternator on my vehicle had gone out leaving us stranded and alone over an hour away from either home or the cabin after garages had closed. We had to depend on the kindness of strangers and got in several hours later than expected the night before.

I was emotionally wiped. I looked forward to a distraction, so I got the movie “War Dance.” It’s a documentary about a group of orphans from the northern part of war-torn Uganda who travel to the capital where they participate in a traditional African dance competition.

I loved it for many reasons, one being that it helped me understand that my own problems are not the only ones out there. These kids were true underdogs. One child at fourteen had to take care of her four younger siblings. One had been a child soldier and had been forced to murder innocent people. One was now being taken advantage of by her aunt and blamed herself for her parents’ deaths. Those kids have it so hard but they are living their lives and living them well despite the hopelessness of their situations. I felt hope. But then…

“I don’t get the point of that movie.”

I no longer had to explain or try to justify my empathy to my narcissistic husband, but here I had to explain to my son and he HAD to get it. How could he not get it? I gave him the basic rundown of the story and how I felt about watching it. I was teaching him emotional vocabulary. He shrugged his shoulders.

I didn’t think I had to go here, but I guess I had to take it to the next step. “C’mon kid.” I thought, “Make the connection. FEEL something.”

At this I think a bit of the pain showed up on my face. How could he forget? So I started explaining to him. “Many people have a hard time understanding a story when it is so much different from theirs. When everyone looks different or they live differently sometimes people have a hard time even realizing it’s real. It doesn’t feel real. But you’ve been there. You’ve seen it. You know it’s real. You saw the dancing and how important it was.”

I started to recount our travels. You see, we had actually BEEN to places like Uganda. My kids should be more prepared to have empathy for Africans than most. We went to three African countries two and four years ago. We saw people practicing traditional African dance complete with fur covered shields for a graduation celebration. We went to a village where, since they knew we were coming, they DANCED us in. They were singing and dancing in a small mud hut when we arrived and they took us by the hands and smiled and danced with us in that rhythmic, close to the earth sort of way. My youngest sat on the dirt floor with all of the kids in the village. We sat and listened as they told us their stories of turmoil. They were horrific stories. We went to a women’s prison where they were singing and dancing and little kids were wandering around, living the only life they had ever known because their mothers were in prison. We went to churches in Africa where the dancing was loud and long and important to them. I pulled up the pictures on the computer. “There you are. Remember?”

“Remember,” my internal voice begged, “you HAVE to remember!” 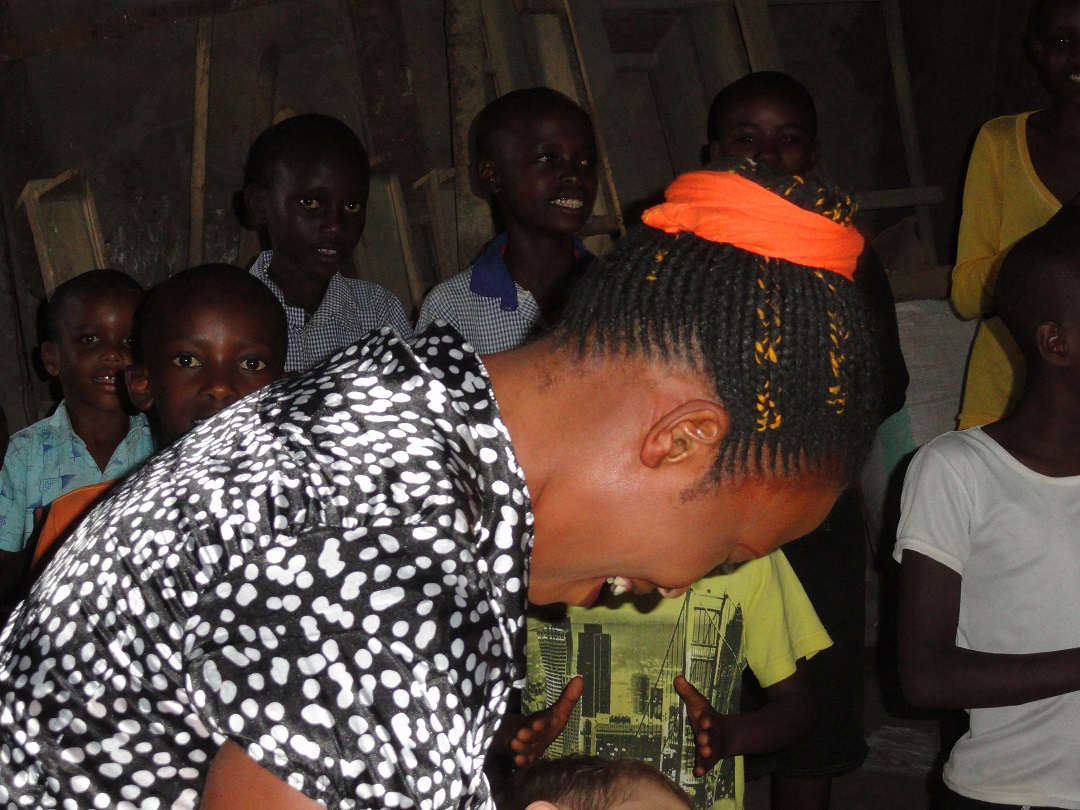 This smiling woman is dancing with my son while the kids clap out the rhythm. Her husband was murdered 20 years ago and she now shares a village with the murder’s family. Her pain was so real but her heart is so beautiful after forgiveness. Her heart is visible when she’s dancing and the beauty shines through her smile.  I love this picture.

In my attempt to get the kid to make a connection and experience empathy, my own soul just cried at how much he should get it, but wasn’t. He sat disinterested and ambivalent. “Huh.” He shrugged his shoulders. “I don’t remember.” It was only a few years ago. Those trips were some of the most deep and important things we had ever done and it didn’t register. What did I do wrong as a mom that this didn’t sink in?

Conversely, why is how their dad acting taking control? Why is my son acting like this? He almost seemed proud of his ambivalence. Since his dad was gone he seemed almost eager to take his place. It was as if I felt him saying, “Mom is emotional and acts crazy sometimes. Someone has to point out to her how stupid her views are. I can’t even admit to remembering anything because she has to understand she doesn’t matter.”

I sighed. No point in pushing. You can’t force it. I can just pray that it’ll sink in later.

The evening before two men, instead of going home after their workday, took the time to work on my vehicle and replace the alternator for us. Then they refused to take any money. I was going to be going back through where they worked the next day so I decided we would make some cookies as a thank you and drop them off at their store. I planned on making a big batch so the kids could have some as well.

But my kids groaned in response to making cookies. “I don’t want to.”

I gathered my strength again and plastered on some fake enthusiasm. “Well you get to you lucky ducks! C’mon out here and let’s do this. We need to say thank you.” More groans.

My smile faltered but I pointed my face the opposite way. No weakness. C’mon mom. You can do it.

I set the kids on jobs. One reading the recipe, one gathering ingredients. They drug themselves sulkily about their tasks but kept going. We took turns mixing and I looked into the bowl, “This looks like it needs a special mixing. Who wants to mix it with their hands?” Sly smile. Opportunity to get sticky cookie dough all over their hands? If that’s not the way to cook with kids, I don’t know what is.

My attempts to keep positive was wearing thin. Inside I was so tired. “Well,” I said, “looks like I will just have to do it. Here, hold my wedding ring while I wash my hands and do the dirty work.” My son grabbed it and dropped it on the floor. He picked it up and dropped it again. “Be careful with that. It’s very special.”

This is one day out of so very many. Not every one is so hard. Some are harder. And I don’t know what the answer is. Single parenting has many challenges including not being able to call in a partner when you’re tired and overwhelmed. Some days you cry in front of your kids over a stupid thing like not having a cookie sheet. It is quite the underdog story.

As the spouse or ex-spouse of a narcissist you are the weak one, trying, however poorly, to compete with the strong, confident one. You may know the true side to your narcissist but maybe everyone else, including your kids, thinks that he’s just so terrific. Sometimes it’s just you, seeing the true story, who knows to root for the underdog. You know you have a long way to go and so much to overcome, but when you do it will only make the story that much more glorious. It will only make your smile that much more beautiful.

But today you cry and that’s okay because you are not a narcissist and know to feel badly about the injustices. It is sad and that’s how an underdog’s story starts. You’re just in the midst of it.